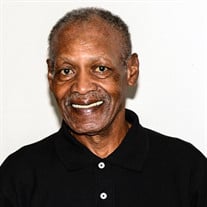 Cecil Gorham, Jr. – 75 Of Valdosta passed away on Tuesday, November 30, 2021 from injuries received in a bicycle accident. He was born in Halifax County, NC on February 1, 1946 to the late Ceasar Gorham and Maude Whitaker Gorham. He enjoyed riding his bike, doing odd and end jobs, he never met a stranger and had an infectious personality. In addition to his parents, he was preceded in death by his daughter, brothers Raymond Gorham and Jesse Gorham. Family members include: Sister, Louise Ward, Greenville, NC; Sister, Louise “Puddin” Gorham Enfield, NC; Brothers, Henry Gorham, Matthew Gorham, Mack Gorham all of Enfield, NC; Casper Gorham, Valdosta, GA; Thomas Gorham, Enfield, NC; Sisters Rosa Lawson and Ruby Morgan both of Richmond, VA; Sisters Arnita Gorham and Maude "Mae" Gorham of Enfield, NC; Son, Eric Crews; and a number of nieces and nephews and extended family. Special recognition and thanks to Deacon Columbus Carter for religious education and spiritual guidance for Cecil and Mr. Sam Dennis for legal assistance through the years. Special thanks to Ms. Lois Jane Retterbush, for taking Cecil under her wings for many, many years. Cecil holds a special place in the hearts of David and Denise Retterbush, their children and extended family as well as his friends at CuraCare, Inc. Funeral Mass will be held at 11:00 A.M. Thursday, December 9, 2021 at St. John the Evangelist Catholic Church, 800 Gornto Road, Valdosta, Georgia 31601. The request has been made that no flowers be sent but contributions in Cecil’s memory made to St. Francis Center, 520 E. Mary Street, Valdosta, Georgia 31601 or to the Tree House Thrift Shop, 418 Northside Drive, Valdosta Georgia 31602. Kind words and expressions of sympathy may be left at www.musicfuneralservices.com. Family and friends of Cecil Gorham, Jr. are being served by the professional and caring staff of Music Funeral Services/Azalea Crematory of Valdosta.

Cecil Gorham, Jr. &#8211; 75 Of Valdosta passed away on Tuesday, November 30, 2021 from injuries received in a bicycle accident. He was born in Halifax County, NC on February 1, 1946 to the late Ceasar Gorham and Maude Whitaker Gorham. He... View Obituary & Service Information

The family of Cecil Gorham Jr created this Life Tributes page to make it easy to share your memories.

Cecil Gorham, Jr. – 75
Of Valdosta passed away on Tuesday, November...

Send flowers to the Gorham family.