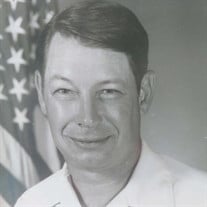 Kenneth Bryan Bostic – 72 Of Valdosta, passed away early Friday morning, October 23, 2020 in the Navicent Health Medical Center of Macon, GA. Kenneth was born on March 24, 1949 to the late Miles Bostic and Annie Louise (Brown) Greene in Shelby, NC. Mr. Bostic was a veteran of 22 years serving in the United States Air Force and before retiring, he worked as an electrician for the University of South Carolina for 10 years. Kenneth had a deep love for his wife and family. He enjoyed working on cars and bicycles, fishing, and going bargain hunting at local flea markets and had a profound love for music. He was known to have a great sense of humor and was often referred to as “the closet comedian.” Kenneth also enjoyed playing bingo with his wife. In respect to his humor and love for his country he will be remembered as a huge fan of President Donald Trump. Survivors include: his wife of 31 years, Siota Bostic of Valdosta, Son; James Ma’a (Bostic) of Tarpon Springs, FL, Daughter and Son-in-Law; Yvonne and Derek Skinner of Chicago, IL Son; Bryan Iese Bostic of San Diego, CA; Grandchildren; Dasia Skinner, Deeva Skinner, Kamynn Ma’a (Bostic), Domanek Skinner, Talia Bostic, Jaden Bostic, and Pasefika Bostic Great Grandson; Aiden “JJ” Skinner, Brother and Sister-in-Law; Ronnie and Geraldine Bostic of Casar, NC, Sister; Cornellia Humphries of Boiling Springs, NC. Funeral services will be held on Thursday, October 29, 2020 at 3:00 PM in the chapel of Music Funeral Services, Valdosta, with Full Military Honors. The family will receive friends and guests one hour prior to the service in the chapel. As per the family’s wishes, Mr. Bostic will be cremated after the services. Messages of sympathy may be expressed to the family by visiting www.musicfuneralservices.com The Bostic family is being served by the compassionate and professional staff of Music Funeral Services, Valdosta. Psalms 23 1-6 The LORD is my shepherd; I shall not want. He maketh me to lie down in green pastures: he leadeth me beside the still waters. He restoreth my soul: he leadeth me in the paths of righteousness for his name's sake.

The family of Kenneth Bryan Bostic created this Life Tributes page to make it easy to share your memories.

Send flowers to the Bostic family.