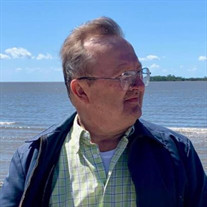 Larry Gordon Inman, 71, of Lakeland, Georgia, passed away, Thursday, January 19, 2022, at the North Florida South Georgia Veterans Hospital, Gainesville, Florida, surrounded by his family. Larry was born February 14, 1950, in Nashville, Georgia to the late Ethell Browning Inman and Lankford Inman. He was a Truck Driver. He was preceded in death by his parents. Survivors include his loving wife of forty-eight years, Debbie B. Inman of Lakeland, Georgia; a son, Jamie Inman (Julie) of Micanopy, Florida; a daughter, Kellie Inman (Dustin Towles) of Valdosta, Georgia; five grandchildren: Tyson, Trenton, Clayton, Taylor and Marissa; one brother, William L. Inman (Donna) of Aledo, Texas and a life long friend, Carlos Warren of Lakeland, Georgia. Graveside rites will be held at 2:00 O’clock PM, Sunday, January 23, 2022 at Greenlawn Cemetery. The family will greet friends immediately following the service at the cemetery. Kind words and expressions of sympathy can be left for the family at www.musicfuneralservices.com. The Larry Gordon Inman family is being served and cared for by the professional staff of Music Funeral Services, Lakeland.

The family of Larry Gordon Inman created this Life Tributes page to make it easy to share your memories.

Send flowers to the Inman family.