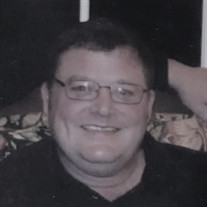 Loyd Levin “Len” Shaw Jr. age 53 of Lakeland, Georgia passed away peacefully at South Georgia Medical Center on Friday, April 23, 2021. He was born to Loyd Levin Shaw Sr. and Margaret Anne (Swindle) Shaw of Lakeland, Georgia, on January 11, 1968. Admitting school was not his specialty, story goes he didn’t want to attend Kindergarten but his dad convinced him that if he went, he could earn a BB gun, few days in he called and told his dad “I don’t want this BB gun anymore, I’m coming home.” Off to a rough start, he put his head down and went to work and graduated from Lanier County High School and earned a bachelor’s degree in Risk Management & Insurance from the University of Georgia. Following his dad’s footsteps in the insurance business, he quickly realized that was not his forte. He had a diverse work history but he loved trading the best, traits he inherited from his grandfather, Emory. Len was the ultimate equipment broker. He owned and operated Transtar GA. Wheeling and dealing was the name of his game; he bought and sold vehicles, equipment or anything that he could turn into a deal. One of his favorite hangouts was Buffalo Wild Wings. He enjoyed his music and Coast to Coast radio. He was preceded in death by his Grandparents: Emory Swindle, John and Margaret Darsey, Slaton and Doris Shaw; also, his uncles, Charles Shaw and James “Jay” Shaw. In addition to his parents, he is survived by his sister and brother-in-law, Allison and Raymond Ray of Adel, Georgia; brother and sister-in-law, Kevin and Gayla Shaw of Valdosta, Georgia; lifelong friend, Jimmy and Lisa Plair of Lakeland Georgia; aunts: Zelna Shaw and Libby Shaw, both of Lakeland, Georgia, Emily Shaw Anderson and husband Fred of Valdosta, Georgia, Lynn and Dice Roberts of Sylvester, Georgia; his nieces’ and nephew’s furry companion which he named “Pickles” and numerous nieces, nephews and extended family members. A celebration of life will be held at 5:00 PM Sunday, April 25, 2021, in the Unity United Methodist Church Cemetery, 228 Unity Church Road, Lakeland, GA 31635. Limited seating will be provided; however, you are encourage to bring a lawn chair. Kind Messages can be expressed at www.musicfuneralservices.com. Flowers will be accepted; however, you are encourage to make a donation to the Lakeland United Methodist Church, Unity United Methodist Church Cemetery Fund or a charity of your choice. The Shaw Family is being served and cared for by the Professional Staff of Music Funeral Services, 88 West Main St., Lakeland, GA 31635.

The family of Loyd Levin "Len" Shaw Jr. created this Life Tributes page to make it easy to share your memories.

Send flowers to the Shaw family.