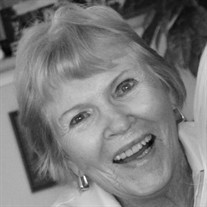 Phyllis Elizabeth Fletcher Thornton – 94 And after you have suffered a little while, the God of all Grace, who has called you his eternal glory in Christ, will himself restore, establish, and strengthen you. 1 Peter 5:10 Formally of Destin, Florida, Phyllis passed away on Sunday, October 24,2021 in the Fellowship Home at Brookside in Valdosta, Georgia with her family beside her. She was born on November 28,1926 in Marion, Ohio to the late William and Virginia (Linn) Fletcher. Along with her parents she is preceded in death by her husband Cecil McKinley Thornton and 3 brothers and 4 sisters, Lawrence, Richard, Bobby, Ruth, Esther, Nancy, and Janis. Her survivors are her son Michael Thornton and his wife Cari of Decatur, Georgia; daughter Debby Moritz and her husband Randy of Valdosta, Georgia; grandchildren Bryan Thornton (Ryan); Beth Etheridge (Brian); Randi Lynne Dunlap (Michael) and Keira Johnson (Dickie) and her great grandchildren Mary Paul, Ellie, Henry, Claire, Ben, Heidi, Wyatt, Ava and Everette. Also, her sister Mary Ellen Callens of Greenwood, Mississippi and numerous nieces and nephews. Phyllis came up during the difficult years of the depression and her family was very close. Her grandparents lived with the family and at an early age her father passed away and left her mother to raise her 8 surviving children alone, a baby sister had passed away a few years earlier. Phyllis’ mother had three sisters who remained involved with the children and at some point, even separated them to provide best for them. Throughout her adult life until each passed away, Phyllis remained in close contact with her siblings and the three aunts, Elizabeth, Evelyn, and Kathryn. Phyllis attended David Lipscomb College, in Nashville, Tennessee and it was there that she met her husband, Cecil who was a Navy veteran attending school on the GI bill. They married in 1948 and when Cecil completed his studies, they moved to Atlanta, Georgia where they raised their family. Cecil and Phyllis were married for 56 years at the time of his passing in 2003. A devoted wife and mother, Phyllis raised her children with strict midwestern values. Church attendance was paramount, and those core values have been passed on to her grandchildren. As time went on, she was able to pursue other interests outside of the home, eventually becoming the office manager for team of psychiatrists. This led her back to school to study Psychology at Oglethorpe University in Atlanta, Georgia. She continued her work at the psychiatric clinic and began to organize and facilitate conferences and seminars for several years until she moved to Destin, Florida. She was well known and highly respected for her work. Throughout her life, Phyllis had a strong thirst for knowledge. She was always studying, and she shared her enthusiasm with her friends who attended her book study group for years. After a while, she completed the Spiritual Director Training Program of the Diocese of South Carolina. When she completed her second residency, she became part of a peer group of certified Spiritual Directors. She was kind and thoughtful in giving of herself to others. Phyllis will always be remembered for her love of family, her quiet faith, her enjoyment of finer things and her culinary skills, No one can make better popovers. A celebration of Phyllis’ life will be held at 11:00 AM on December 04, 2021, at St. Simon’s on the Sound in Fort Walton Beach, Florida. As she wished, her ashes will be interred in the church columbarium. The family that no flowers be sent and that contributions be made in memory of Phyllis to St. Simon's on The Sound Episcopal Church 28 Miracle Strip Parkway SW Fort Walton Beach, Florida 32548. Kind words and expressions of sympathy may be left to the family at www.musicfuneralservices.com. The Thornton family is being served by the professional and caring staff of Music Funeral Services of Valdosta

Phyllis Elizabeth Fletcher Thornton &#8211; 94 And after you have suffered a little while, the God of all Grace, who has called you his eternal glory in Christ, will himself restore, establish, and strengthen you. 1 Peter 5:10 Formally of... View Obituary & Service Information

The family of Phyllis Elizabeth Thornton created this Life Tributes page to make it easy to share your memories.

And after you have...

Send flowers to the Thornton family.