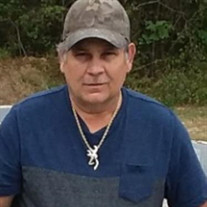 Rex Browning &#8211; 59 of Valdosta, Georgia passed away on Monday July 20, 2020 in the South Georgia Medical Center. He was born on December 16, 1960 in Hahira, Georgia to Patricia (Phelps) Browning and the late Jackie Browning. He was a loving... View Obituary & Service Information

The family of Rex Browning created this Life Tributes page to make it easy to share your memories.

Rex Browning – 59 of Valdosta, Georgia passed away on Monday...

Send flowers to the Browning family.