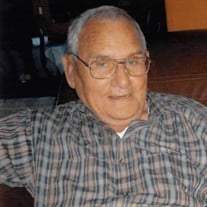 Robert “Nuby” Thomas Sumner – 87 Of Lake Park passed away early Wednesday Morning June 23, 2021 at his residence. He was born on April 6, 1934 in Hahira, Georgia to the late W. Herman Sumner and (Ted) Elizabeth Griffin Sumner. He graduated from Hahira High School in 1951 and served four years in the United States Air Force during the Korean Conflict. Robert graduated from Abraham Baldwin Agricultural College and the University of Georgia with a degree in Agricultural Education and a Master’s Degree in Education. He also served as a student teacher supervisor at Valdosta State University. After retiring from the education field, Robert and Rosalyn traveled extensively throughout the United States and abroad. He also developed the Robert T. Sumner Resident Rental Business which they operated for over thirty years until his death. Robert was of the Christian faith. He also belonged to many local, state and national organizations during his working career. He was a Master Mason for over fifty years and was a member of the Hahira Masonic Lodge where he and his three brothers were members. Robert loved to work and enjoyed the outdoors. He spent much of his time in his garden and upgrading his home and business. He loved to hunt and fish. Robert and his wife, Rosalyn Daniels Sumner were married on July 10, 1954, in the Hahira Methodist Church. They were married almost 68 years. Robert was preceded in death by his father, W. Herman Sumner and mother Elizabeth (Ted) Griffin Sumner Martin; his step-father, Frank Martin; three brothers: Paul E. Sumner, Roy A. Sumner, and Carroll J. Sumner; a sister-in-law, Doris Futch Sumner; and a brother-in-law, Elmer T. Blansfield; and a daughter Kathie Lynn Sumner. He is survived by his wife of 67 Years, Rosalyn Daniels Sumner of Lake Park, Georgia; Sisters, Margaret (Boots) Sumner Blansfield, Beth Martin McClellan and husband Randall; Sister-in-laws, Janice Hall Sumner and Melinda Long Sumner; Daughter, Donna Kae Sumner Fishco and son-in-law Dr. William Fishco; Six Grandsons, Stevie Shadron, Jason Shadron, Harrison Fishco, Barry Fishco, Jonathan Fishco and Zachary Fishco; Great Granddaughter, Mayson Shadron and Great Grandson, Cameron Shadron. As per his wishes, he will be cremated and a service honoring his life will be held at 2:00 P.M. Sunday, June 27, 2021 in the chapel of Music Funeral Services, Valdosta. Kind words and expressions of sympathy may be left for the family at www.musicfuneralservices.com. The professional and caring staff of Music Funeral Services Valdosta is serving the Sumner family.

The family of Robert "Nuby" Thomas Sumner created this Life Tributes page to make it easy to share your memories.

Send flowers to the Sumner family.